The Power & Logic Behind COFFEE NEWS®

The Power & Logic Behind COFFEE NEWS®… 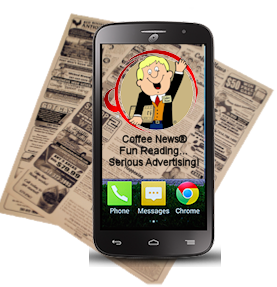 COFFEE NEWS® was six months in research before being introduced by concept designer, Jean Daum. Since her background included not only advertising but the design and use of subliminal and super-learning techniques in advertising, COFFEE NEWS® is jam-packed with ad-response enhancers. For readers, it’s just a fun restaurant publication but the advertisers are the real winners with 17 different subliminal and psychological aids built right into their ads to ensure results.